The problem of corrosion and microbial susceptibility poses a major hazard to industrial production in the water use of modern plants. Therefore, the circulating cooling water must be treated with water treatment chemicals. This will stabilize the water quality. And ensure the high efficiency of production and the safety of chemical equipment.

The scale inhibitor mainly solves the problem of the water circulation system from the following three aspects. 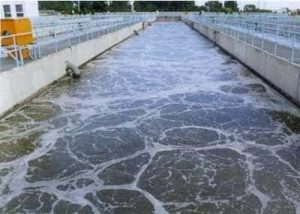 Various salts are dissolved in natural water. Such as bicarbonate, carbonate, sulfate, silicate and so on. When natural water enters the circulating water system as supplemental water. The water is concentrated by evaporation and the concentration of ions in the water increases. Especially the bicarbonate in water. This salt is the main component of scale adhesion in cooling water.

The addition of a high-efficiency scale inhibitor can inhibit and destroy the normal growth of inorganic salt crystals such as calcium carbonate. Slows down the growth rate of the crystal. Thereby reducing the formation of salt scale. The scale inhibitor forms a water-soluble complex with Ca2+, Mg2+, and the like. Thereby the solubility of the inorganic salt is increased. In this way, it acts as a scale inhibitor.

The main products are ATMP, HEDP, PBTC, DETPMP and so on.

The second problem is the corrosion of metal equipment. The surface of the metal (carbon steel, stainless steel, copper, etc.) is in contact with water. The water contains various impurities such as dissolved oxygen and CO2. An electrochemical reaction occurs due to the potential difference. Thereby causing corrosion damage to the metal.

Corrosion leads to a shortened life of the equipment. Corrosion products form fouling which reduces heat exchange efficiency. Eventually, the heat exchanger was leaked and the production was unexpectedly stopped.

There are many ways to control the corrosion of a circulating water system. The pharmaceutical method is one of them. By adding and maintaining a certain amount of corrosion inhibitor to the circulating water. A dense metal oxide film or other types of film on the surface of the metal. In order to achieve corrosion, the corrosion process is carried out.

The main products are ATMP Na5, ATMP Na4, DETPMP and so on.

The open circulating water system has sufficient light and a suitable temperature. And the abundant nutrient source in the water is conducive to the growth of microorganisms. This leads to biological slime and corrosion. The harm that microorganisms bring to the system is nothing more than dirt and corrosion. These hazards are often mixed with the dangers of scale and electrochemical corrosion.

For circulating cooling water systems. In order to cooperate with the system to prevent scale and improve corrosion inhibition. Water treatment companies need to regularly add bactericidal algaecide for treatment. For this circulation system, oxidizing and non-oxidizing bactericides are used alternately. This will prevent bacteria from developing resistance. Improve the sterilization effect.

The main products are benzalkonium chloride, CMIT/MIT, DBNPA, and THPS.

In summary, the scale inhibitor mainly solves the problem of the water circulation system from the following scale inhibition, corrosion inhibition, and sterilization and algae elimination.

Everyone knows that scaling measures for carbonates are easy to control. The precipitation of calcium carbonate can be effectively controlled even without adding acid. The principle is very simple, adding hydrochloric acid or sulfuric acid to adjust the pH of the raw water. This allows the bicarbonate ions to be not hydrolyzed to carbonate in certain acidic influent water.

Therefore, it is often possible to effectively prevent the precipitation of calcium carbonate without adding a scale inhibitor. However, the addition of the scale inhibitor can be achieved with a certain degree of effort, and the amount of acid can be reduced.

Because of the scaling process of sulfate, phosphate, and silica is complicated. Control is also not easy. In particular, the scale of silicates can also be complexed with metal ions such as iron ions, manganese ions, and aluminum ions. This makes the cleaning process even more difficult. However, the formulation and production process of such scale inhibitors is also complicated, so it is not possible to judge the quality of the products from the specific gravity.