Corrosion of metals is primarily a result of battery reactions occurring on the metal surface. This is also the most important factor leading to corrosion. 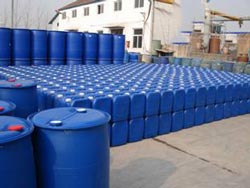 The effect of the anode type corrosion inhibitor on the anode process is as follows.

Form a thin oxide film on the metal surface to isolate the metal from the corrosive medium.

The metal ionization process is inhibited by characteristic adsorption.

Bring the metal electrode potential to the passivation potential.

For example, alkaline corrosion inhibitors such as Na2C03 and triethanolamine can neutralize acidic substances in water. Reduce the hydrogen ion concentration and increase the hydrogen evolution overpotential. The reduction of hydrogen ions on the metal surface is hindered. Reduce corrosion.

Mixed inhibition inhibitors are mostly organic compounds. The reactive groups on the molecules of the organic corrosion inhibitor interact with the metal ions generated during the etching to form a precipitated film. The electrochemical process of suppressing the two poles is performed.

The effects of mixed corrosion inhibitors on the electrochemical process of corrosion are mainly as follows.

Form colloidal substance. Compounds capable of forming complex colloidal systems can be used as effective corrosion inhibitors. For example, Na2Si03 and the like.

The above is a detailed Guide to Electrochemical Mechanism of Corrosion Inhibitors 2019. Please feel free to contact us if you have questions about water treatment chemicals. Our official website is www.irowater.com.